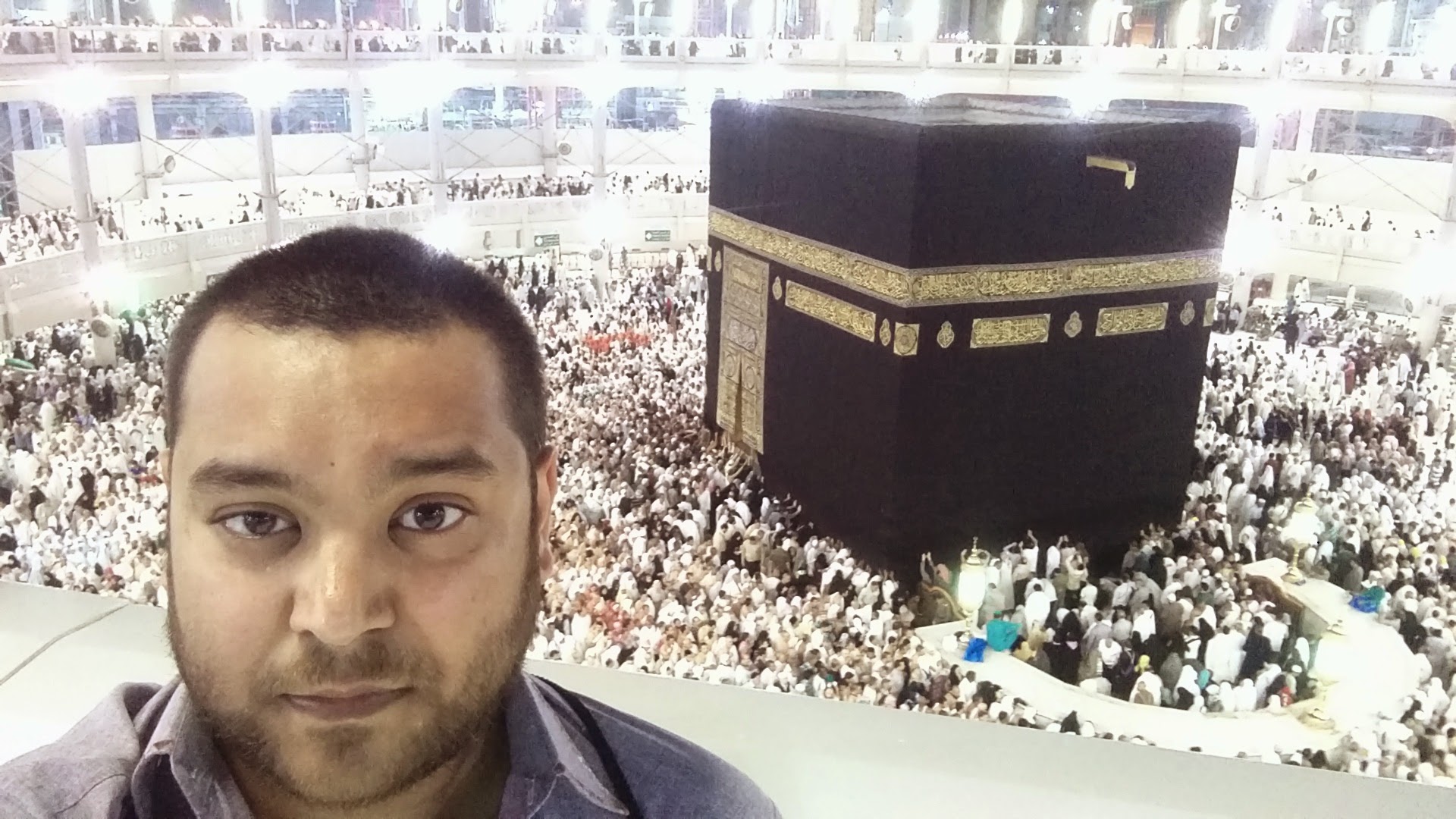 Click here to read part one of the story.

Stage two of my first ever trip to Islam’s most revered cities (aka Muslim Disneyland) was the main event: the Umrah (i.e. pilgrimage) to Makkah – birthplace of the Prophet Muhammad, where the Quran was first revealed and (according to Muslims) the holiest place in the universe. There are very specific rituals involved in the pilgrimage, which first begin well before you reach Makkah itself…

What I cared about most, however, was making sure we were booked into the closest and classiest hotel our budget would allow. (Yes, I am a lazy, lazy man.) I hit the jackpot on discovering the Hilton Suites Makkah was literally across the road from the Grand Mosque. And as I had Gold status in their loyalty programme, I was entitled to a room upgrade and free breakfasts in their restaurant too. They were kind enough to give me a room with a direct view of the Kaaba. Score!!

If you ever needed proof of how pure and devout I am, here it is! Have you got a selfie of yourself standing in front of the holiest building in the universe? No? Well then obviously I’m better than you. And all I had to do was push a couple of children and a crippled woman out of the way to get the perfect angle. Well worth it when you see how nice the photos came out. 🙂

Jabal an-Nour, or “Mountain of the Light”, is a popular tourist attraction in Makkah. According to Islamic teaching, The Prophet Muhammad used to climb to the top and sit in a cave (Ghar-e-Hira) to meditate. This was the location where the angel Gabriel first brought the revelation of Quran to the Prophet.

People often say the Saudis are racist or that Saudis hate foreigners. Having completed the Umrah I’ll admit I’d not be at all surprised if that were true. The way many pilgrims behave is downright atrocious. It’s bad enough how much littering takes place (at what are supposed to be sacred sites). But this (below) is one of the most egregious examples of the graffiti visitors leave behind. At least in this case, the vandal has let us know his name and the sh*thole country he’s come from.