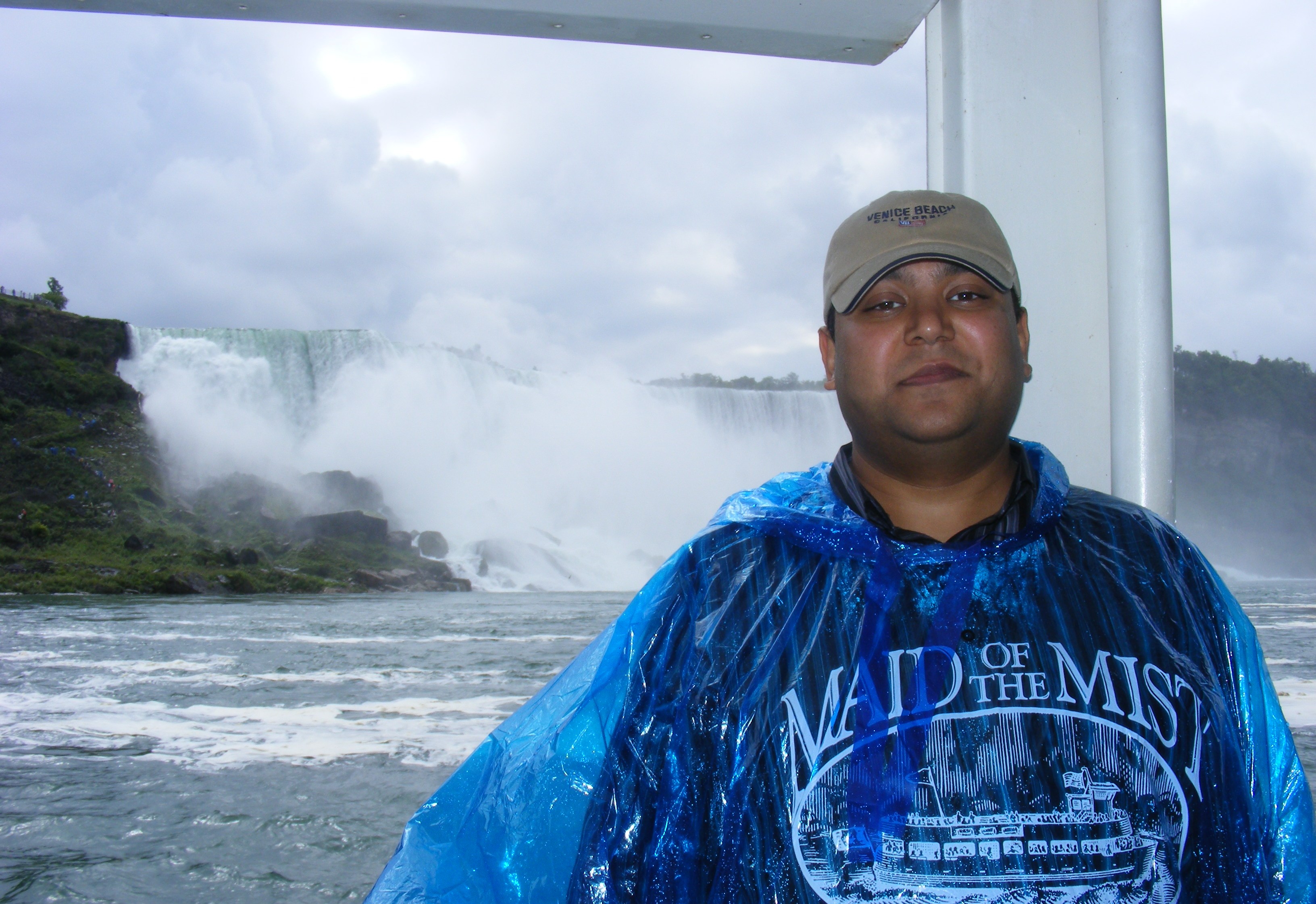 Niagara Falls is known as “The Honeymoon Capital of the World” I was told. I’ve no idea why anyone would think that. There are hundreds of far more romantic and interesting destinations that would be more appropriate, in my mind. Surely The Maldives is King of all Honeymoon destinations?!

Anyway, I’d heard that you could easily take a day trip from Toronto to Niagara Falls and that leaving early in the day was highly advised. Naturally, I couldn’t leave Canada without visiting the biggest waterfall in North America. The Canadian side of the falls is much, much bigger and more impressive than the US side, but you can see both by taking a boat ride, so I didn’t even need to bother crossing the border.

I was told there are lots of other attractions for tourist there as well but, quite frankly, there’s nothing even remotely interesting or impressive that you can’t see any day in a major city. (Casino? Wax Museum? Waterpark? Meh!) But it was featured in Superman II – when Lois Lane almost drowns in it – so I booked myself a train ticket…

Queenston Heights is regarded as Canada’s birthplace, and was where the first major battle in the War of 1812 was fought – and won by the British, halting an American attempt to annex Canada into US boundaries. The park pays homage to historical figures such as Major-General Isaac Brock and Laura Secord has BBQs. It has many memorials, a water-park, baseball fields, and wide open spaces for visitors to relax and enjoy all the beauty of The Niagara Region -and it’s free!!

Journey Behind the Falls

You can take a tour literally underneath / behind the Horseshoe Falls, called Journey Behind the Falls, and believe me you will get wet, up close and personal with the water. A bargain as it costs around $15, with poncho included!