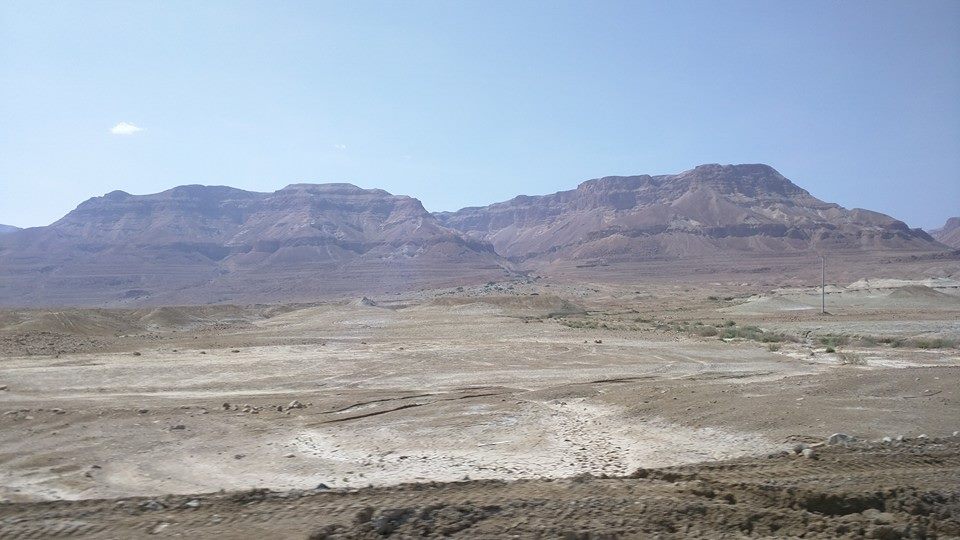 The Dead Sea is the second saltiest body of water in the world and the lowest place on Earth. Nothing can survive there, not even bacteria, because of the extreme saltiness of the water. I went on a day trip to see it for myself. Quite a weird experience swimming in it, as the dense water means you can’t sink to the bottom.

Masada is the place Zionists claim the Jews of Judea took refuge to escape the Romans, 2000 years ago. And where they were besieged and 1000 Jews chose to commit suicide rather than surrender. This is a lie. The place isn’t big enough to hold 1000 people. It is a small mountain fortress and the Zelotes (Zealots) who lived there were actually murderers and assassins who used to steal from and kill other Jews in the area.

However, Zionists use the fictional version of the Masada story – of valiant Jews vs. evil Romans – to make the diaspora feel patriotic about the state of Israel. They spread the lie about Romans attacking innocent Jews at Masada to give a false idea about Jewish resistance to tyranny. It’s blatant propaganda.

Jews aren’t allowed to commit suicide. It is claimed that in order to kill themselves, the Jews at Masada chose ten men whose job it was to murder everyone in the fortress. These men then drew lots to decide which one of them would kill the other nine. The final man would then commit suicide, and he would be the only one who wasn’t allowed into heaven. But thanks to his sacrifice everyone else would be able to go to heaven, as they were killed by someone else. #ReligiousLogic

It is claimed that these ten stones (above), found at the site, have the names of those ten men whose job was to kill everyone inside the fortress.