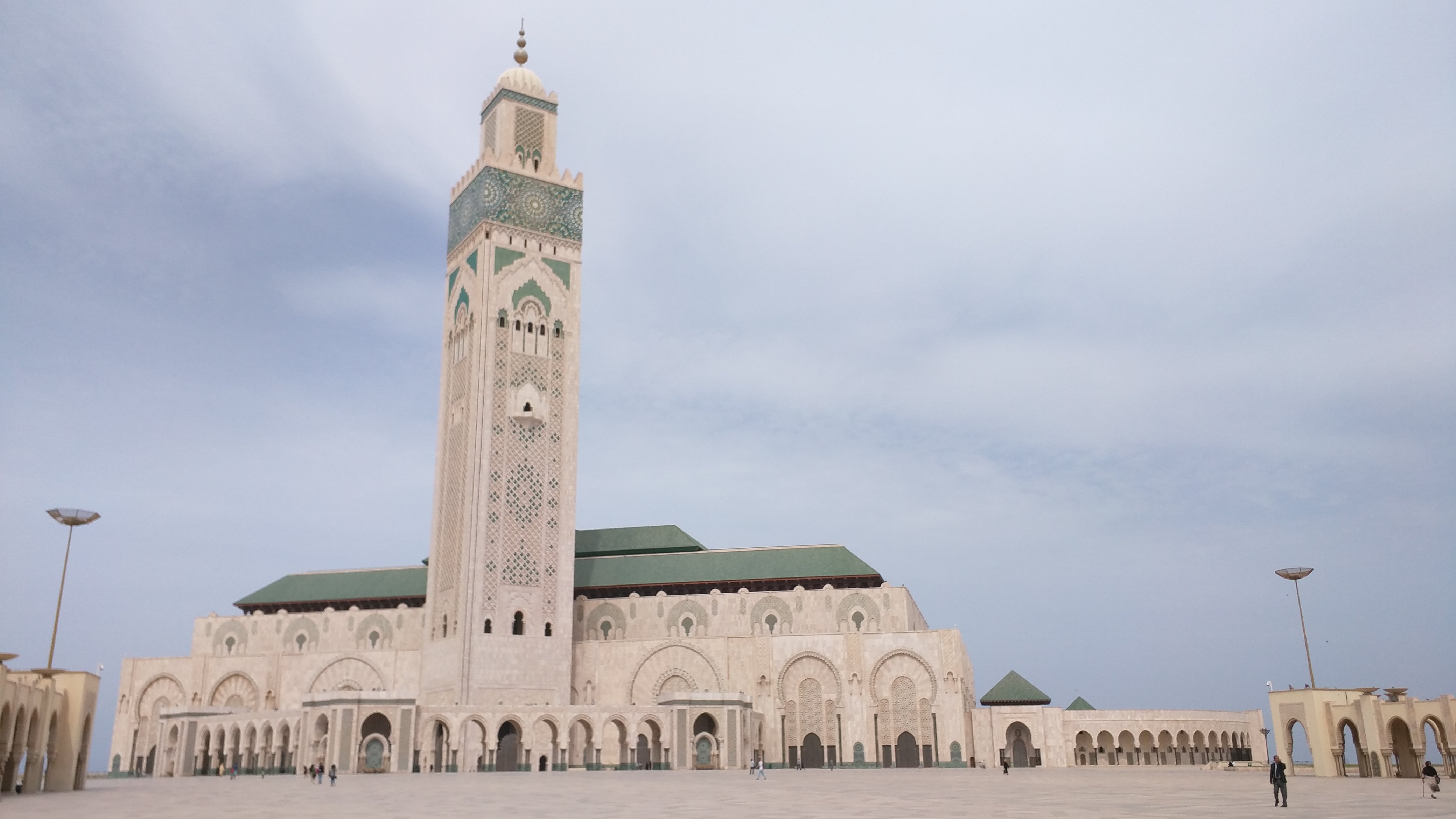 Casablanca is the financial centre of the country, but it’s not exactly the most culturally interesting place to explore in Morocco. Therefore, I planned to spend just one night there. Most people probably know the city from the 1940s WW2 film starring Humphrey Bogart. For me, however, Casablanca’s claim to fame is that it’s home to the third largest mosque in the world: The Masjid Hassan II. And I couldn’t wait to see it. But first I got to enjoy a bit of the local countryside on my train ride into town. 🙂 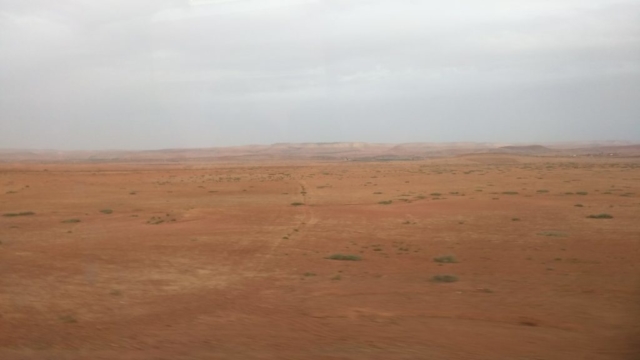 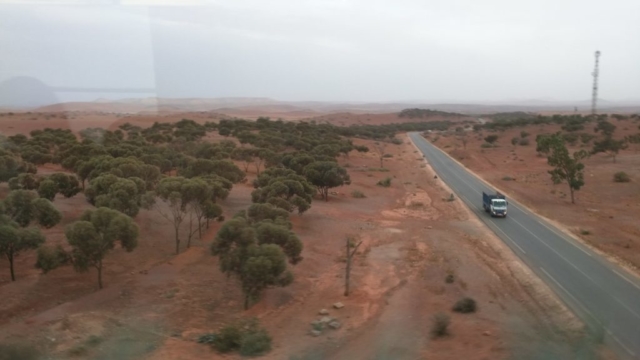 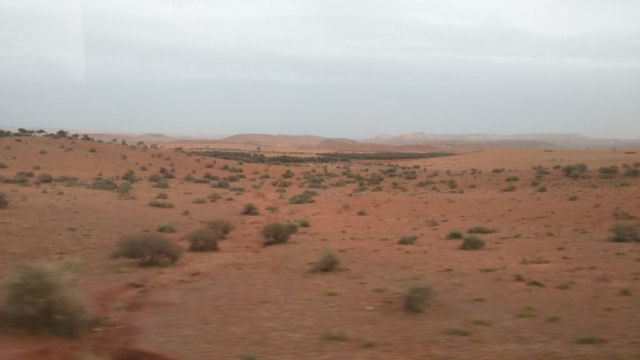 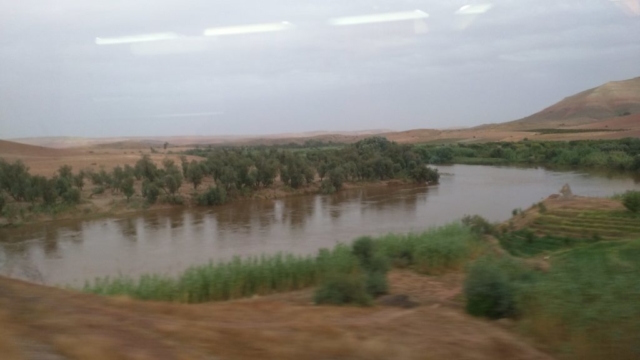 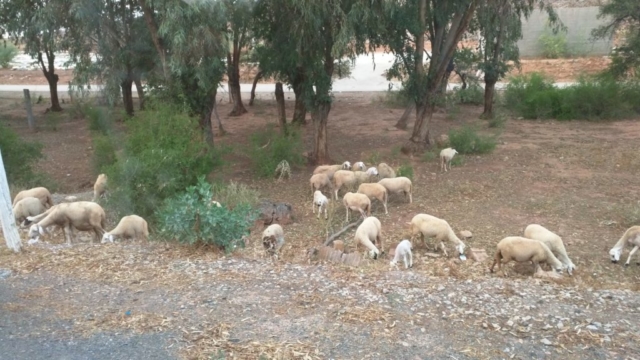 Having seen it up close and in person, I’m thinking their claim to being the third largest mosque in the world is pretty dubious! I’ve been to many others that are much bigger. Obviously its nowhere near the size of the Grand Mosques in Makkah and Madinah. But it also seems to be smaller than the Badshahi and Faisal masajid in Pakistan, and I’m sure there are mosques in the Middle East and Far East that dwarf Masjid Hassan II in terms of area and number of worshippers they can accommodate.

Don’t get me wrong. Size-wise it’s still very impressive. But it’s also architecturally bland, if I’m being really frank and seems to just be borrowing design elements from other more famous Islamic buildings. Oh, should mention, it can legitimately claim to have the world’s second tallest minaret at 210 metres, and there’s a laser on top that points towards Makkah. (But, obviously, with the Earth being round that laser beam will never reach Makkah.) 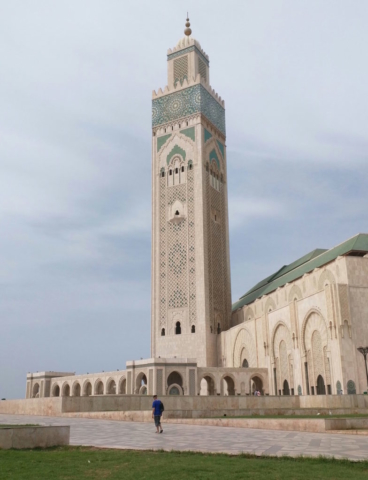 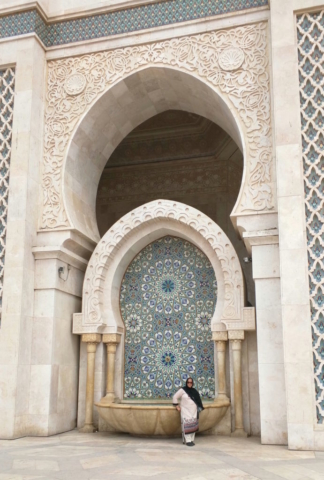 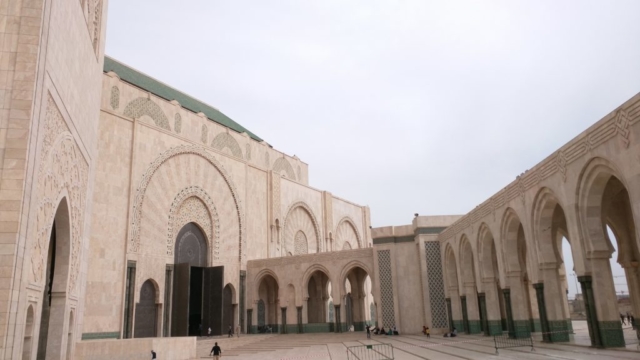 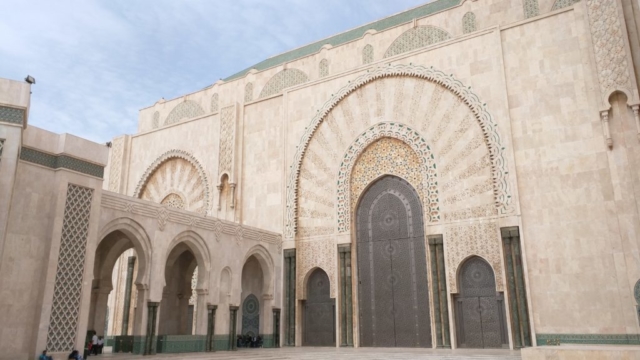 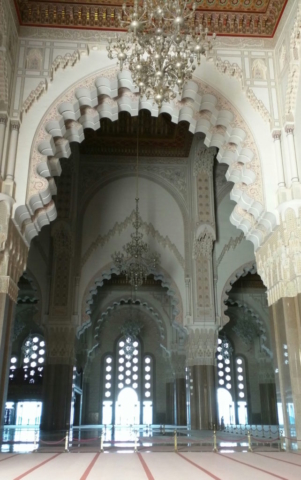 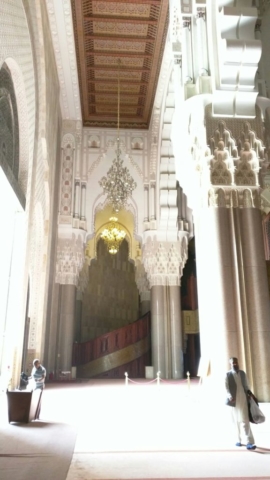 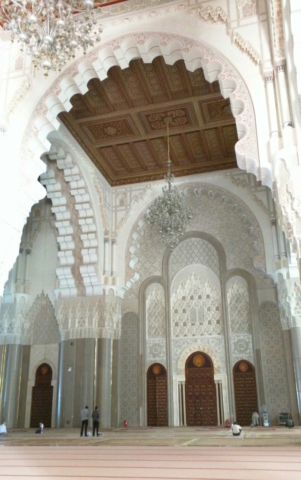 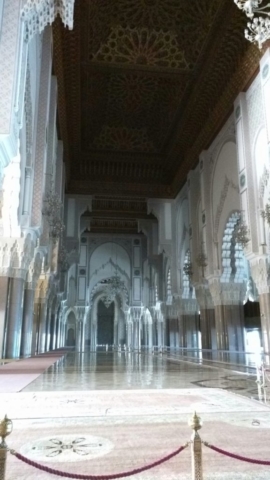 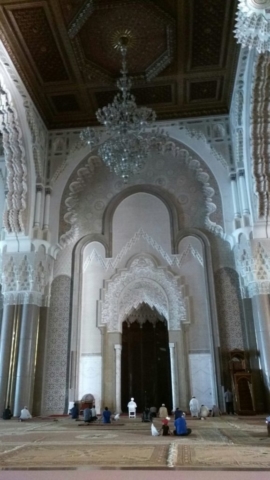 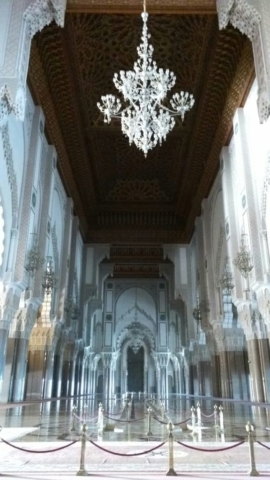 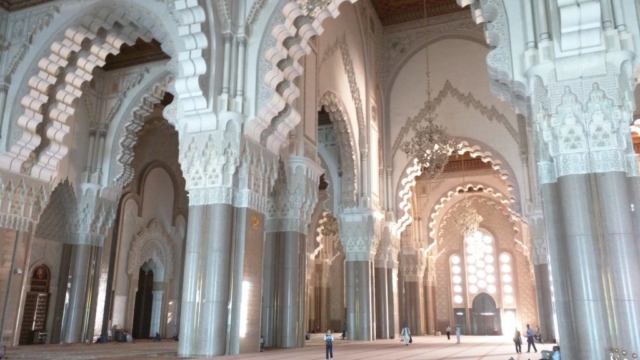 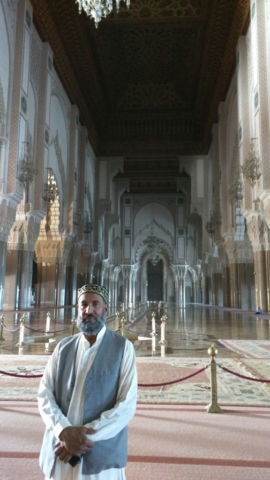 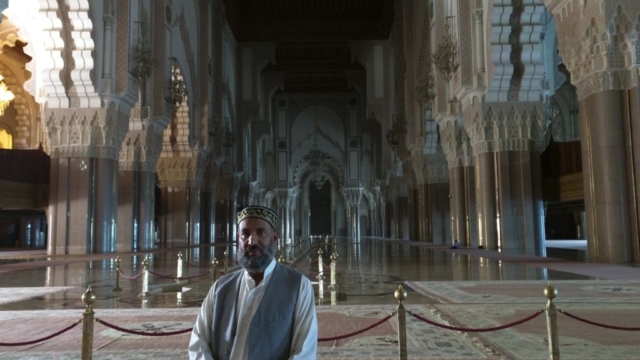 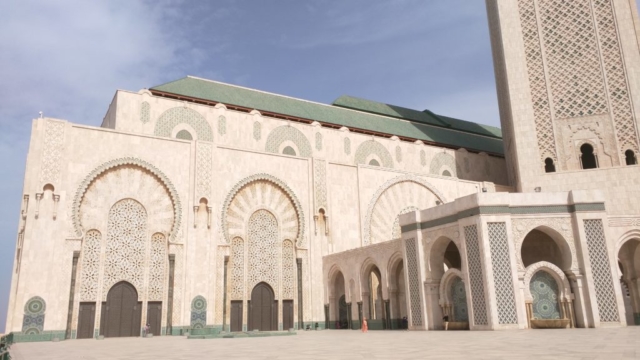 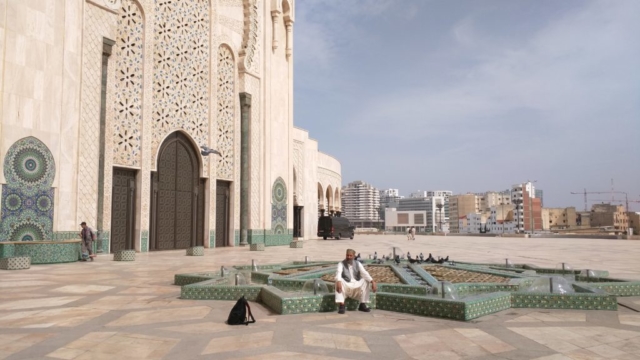 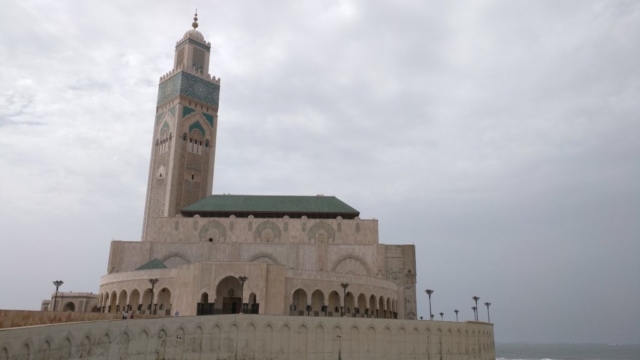