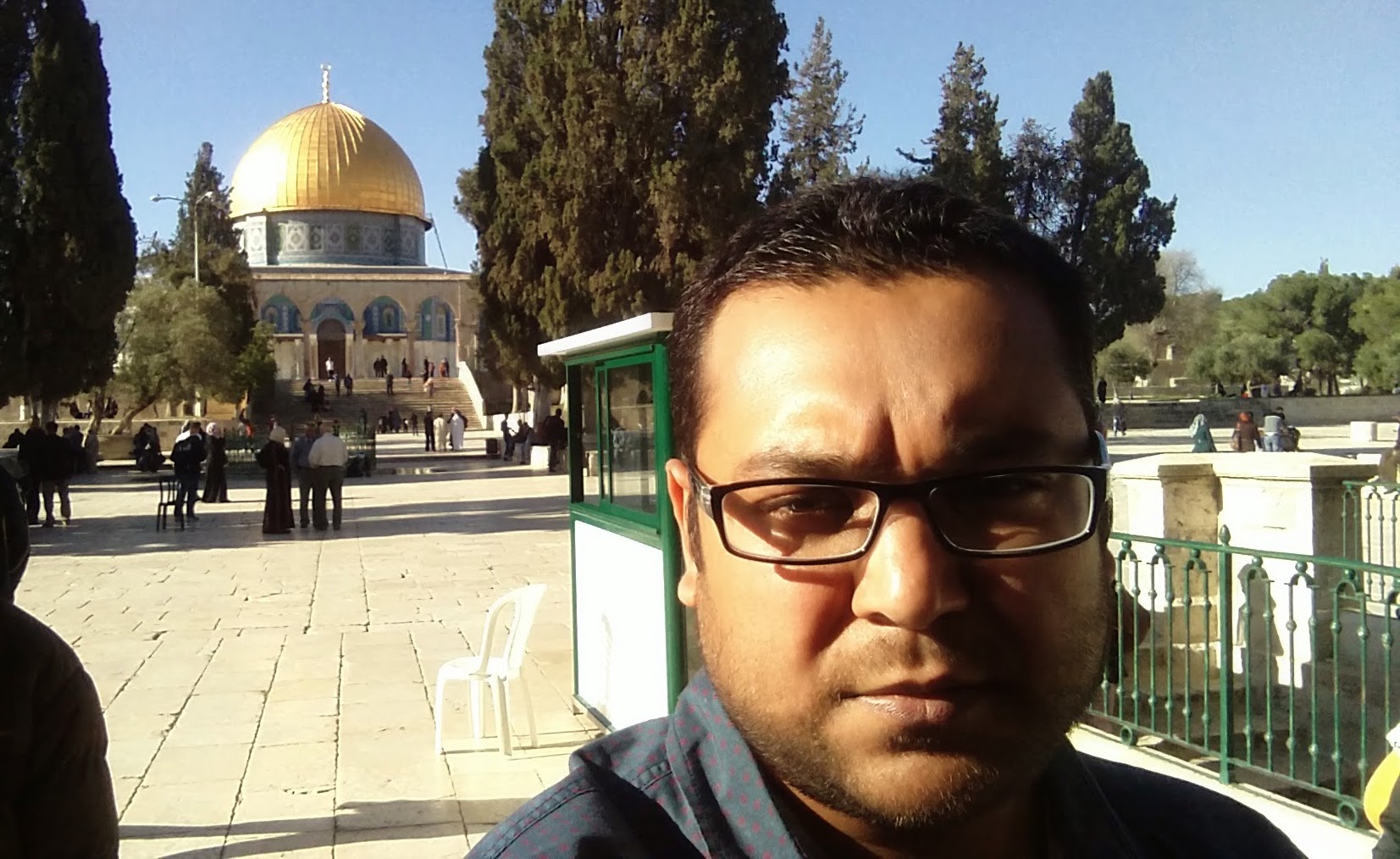 Jerusalem is a holy city for two of the world’s major religions – and for one minor one too. It’s a location I’d always wanted to see in person, just because I wanted to know what all the fuss was about. I’m not a particularly “spiritual” person. I’m not easily moved by supposedly holy or historically significant places. But… Jerusalem did move me. Sort of.

I was lucky enough to be visiting during Easter. If you’re not a Christian then you might not appreciate the significance. Easter marks the crucifixion and resurrection of Jesus. And Jerusalem is where it’s all supposed to have happened. I was going to be visiting the sites where Christ was tortured and executed on the anniversary!! I hadn’t planned it that way. Just a happy coincidence. (OK, “happy” is probably the wrong word to use there.)

Getting to Jerusalem was always going to be a nightmare. I’ve talked before about the inconvenience of #FlyingWhileMuslim. Well, to get to Jerusalem you have to go through “Israel” – specifically the Ben Gurion airport (which is named for a famous terrorist) and, unlike other airports, they are not even shy about admitting they practice racial profiling. They’re actually proud of it. So after a five-hour interrogation, I was finally allowed to leave the airport and head to my Palestinian-owned hotel in central Jerusalem.

There are different ways to get to Jerusalem. Buses from the airport run hourly day and night, and are pretty cheap (15 shekels). Normal taxis are pretty expensive, as you’d expect, at around 300 shekels. The best way to get to Jerusalem in my opinion is to take a “Nesher” taxi (basically a shared minivan) from the airport. If in doubt, just ask for directions at the information desk for the Nesher taxi stand. You’ll be charged about 60 shekels and the drivers know pretty much every hotel off by heart. But it’s still good to have the full address written down. It took less than an hour for my driver to get me to my destination near the western gates of the old city. After a quick snooze, I was keen to head straight over to the main attraction: Masjid Al Aqsa aka “the farthest mosque”.

Getting into the al-Haram al-Qudsi al-Sharif (“The noble sanctuary of Jerusalem”) isn’t easy. There are soldiers guarding the entrance to keep non-Muslims out, who will force you to show ID and recite passages from the Qur’an as proof you deserve entry! Then, while wandering the complex you might get spot-checked by armed Palestinian soldiers who’ll demand the same again. With just my Muslim name and rudimentary Arabic skills I passed their tests and was allowed entry.

Up close, the Dome of the Rock is the most breath-taking work of architecture I’ve ever seen. Remember how I said I’m never moved by holy and/or historic places? Well I was definitely moved by the beauty of this particular place, and it was totally unexpected. Caught me massively off guard. I’m sure my heart stopped for a few moments when I first set eyes on it.

Church of the Holy Sepulchre

Also known as The Church of the Resurrection, this is the holiest place in the world according to Christians. It’s shared by several different denominations of the Christian faith, but none of them control the building outright. The key to the church is held by a Muslim family – because they are neutral – who open and close the building every day!

The Church is built on several locations related to the last day of Jesus’ life, including the site of the crucifixion and the tomb where he was buried! So coming here at Easter time, well there was a lot going on…

The Stone of Unction

So the pictures below are of the Stone of Unction, also known at the Stone of Anointing. It’s an incredibly important site according to Christian tradition, as it’s where the body of Jesus was laid and prepared for burial by Joseph of Arimathea. That’s why, as you can see, Christian visitors will weep over the stone.