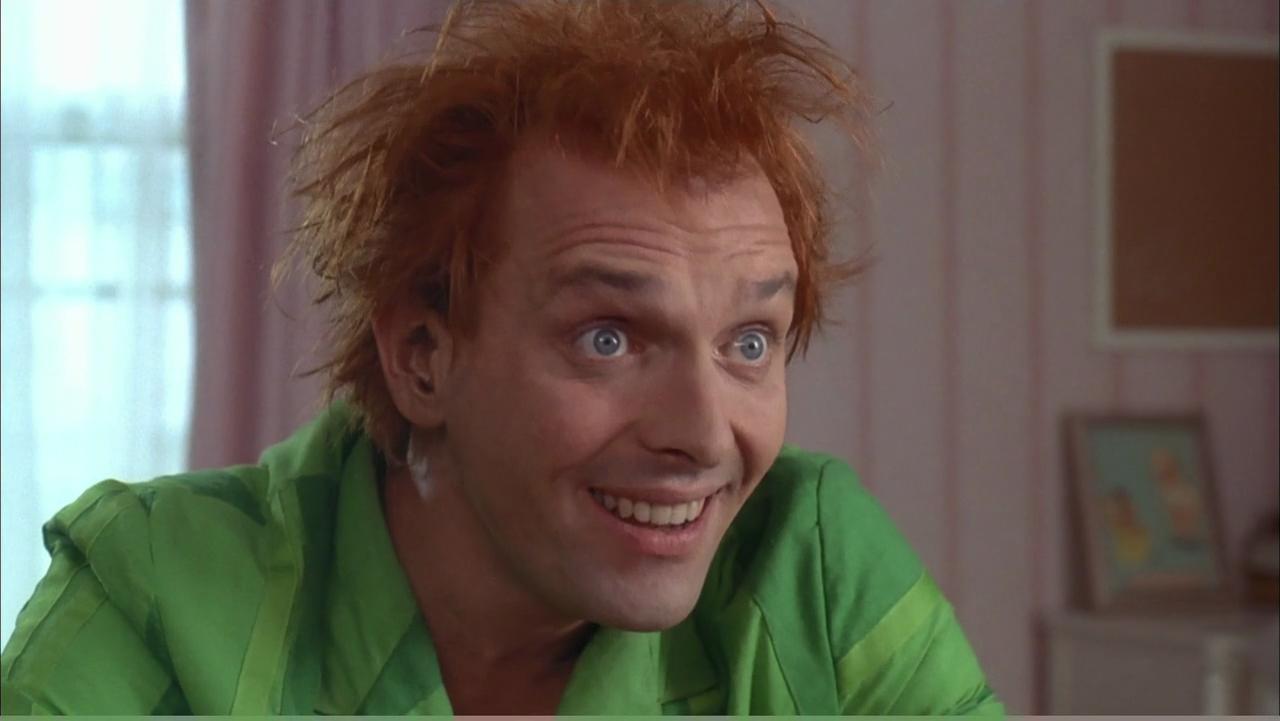 In the last nine months, I’ve spent most nights of the week travelling up and down the country performing at open mic comedy shows to audiences big and small. During those 150+ gigs I have, as you’d expect, met hundreds of the nicest, most intelligent and creative people around. Unsurprisingly, given what an intrinsically eccentric hobby I’m pursuing, I’ve also come across some exceptionally strange characters who’ve often been more entertaining offstage than what’s happening at the front of the room. What’s most interesting is how often the same eccentricities of character are repeated across the open mic scene across the country. Here are the most interesting commonly-encountered oddballs I’ve met on my travels. I’m sure you’ll recognise a few of them:

1. The HRT Housewife
Middle-class, middle-aged and likely the most pleasant person in the room. A little reminiscent of Hyacinth Bucket. While her hubby will have bought himself a red sports car and is busy receiving oral pleasure from his PA, she is indulging her own midlife crisis with fantasies of “Live At The Apollo” and BBC panel shows. Has written five minutes of not-bad material at a comedy course two years ago, which she will repeat at every onstage opportunity in a lifeless monotone to absolute silence. Nevertheless, will be convinced she did very well, and say so after each and every gig. And because she’s so lovely, no-one will have a heart stone-cold enough to tell her otherwise.

2. The I Am Legend
You’ll bump into this one bragging about himself outside the venue and then again at the bar later. He won’t actually take to the stage, and no-one can even vouch for him having ever been on stage! However, he will declare himself – without hint of irony – a brilliant comedian to anyone and everyone who will listen. Also expect him to boast about how he’s overcome his tough working-class roots to earn a comfortable living running his own business(es). Will never let you finish a sentence off stage, and will heckle acts with his own (unfunny) punchlines during the show. Why wouldn’t he, when he’s clearly the wittiest guy in the room!?

3. The Bitter Man
Has been performing at open mics for a decade or so. Will refuse to even make eye contact with new acts, let alone talk to them, as they’re so far beneath him and unworthy of acknowledgment. Has watched his peers over the years progress to national fame, and imagines himself an unfairly ignored genius. Thinks women and gays get unfair advantages in the comedy world, which is obviously why he hasn’t made it to the top yet. Always starts his set by commenting on the new acts that were on before him, and how unfunny/amateur they were. Will be timing other acts from the wings, and during intervals will dispense passive-aggressive comments about unprofessionalism within earshot of anyone who overran by even a minute.

4. The Militant New Atheist
Former evangelical-type who’s recently discovered The God Delusion and rails against the evils of organised religion at every performance. Will attempt to mock Muslims on stage, but end up crassly insulting Hindus instead as she doesn’t really know the difference. Will imagine the audiences’ uncomfortable silences are proof that she’s pushing boundaries, but in reality this is all about therapy not comedy, as she’s desperately trying to cope with the realisation her whole life to date has been a total waste of time, energy and enthusiasm.

5. The Stewart Lee 2.0
Despite being in the backroom of some rough inner-city pub, this guy imagines he’s playing to a theatre crowd in some suburban haven who’ve all come specifically to see him. Suited, booted and with overly slicked hair, the Lee-clone will deliver a convoluted punchline-free routine about social/political issues, using analogies that no-one else understands, that will kill the room. This will screw over every act following him as it ensures half the audience don’t come back after the next interval.

6. The Old Socialist
Been performing since before most of you were born. Has shared the stage with every big name 90s comedian you could mention. Big fan of trade unions, political correctness and Billy Bragg. Easily and regularly offended on behalf of disenfranchised groups he isn’t part of but imagines are unable to defend themselves. So if you’re a straight white male who even mentions a minority group on stage, expect a series of well-meaning, late night, “fatherly” post-gig emails berating you for picking on a defenceless, voiceless and marginalised demographic. (Presumably thinks the lesbians who laughed at your lesbian jokes are too thick to understand how they’re being “oppressed” by the mean comedian.) Despite this he is probably one of the few genuinely principled people you will meet in showbiz.

7. The Spoken Word Artiste
Middle-aged man (usually bearded) who considers himself an artiste rather than a comedian. And as an artiste, he firmly believes the comedy circuit rules don’t apply to verbal virtuosos like him. Rules like turning up on time, performing for a specific number of minutes, making people laugh etc. As a result, expect the running order to be repeatedly re-written on any show for which he’s booked. Also expect him to stay on stage for at least twice as long as he was asked. And like with the Stewart Lee clone expect most of the audience to suddenly realise they have better things to do soon after (and sometimes during) his show-stalling performances. Will declare any type of judgment in comedy, like awards and competitions, as inherently worthless since true artists are always unappreciated in their own time.

8. The Functioning Alcoholic
Never drives to a gig, as you would imagine, so expect to meet him regularly on carshares. Off stage has one of the sharpest intellects you’ve ever encountered, but as the night goes on his level of inebriation seems to rise exponentially until he’s barely coherent. So imagine everyone’s surprise as he takes to the mic and delivers the most astonishing, pitch-perfect performance of the night to a delighted crowd who demand an encore! You wonder to yourself why this rare, natural talent isn’t a comedy superstar filling theatres up and down the country. As the audience are leaving you see him grope the promoter’s girlfriend, fall awkwardly as she pulls away, lie on the floor giggling at her feet then violently vomit on her shoes. You wonder no more.

Bonus: The Jay Shareef!
I’m not blind to the fact I myself probably qualify for some such list of unusual characters in the comedy world. But I’m too close to the subject to write anything meaningful or indeed accurate. I’ll leave that to someone else. 🙂