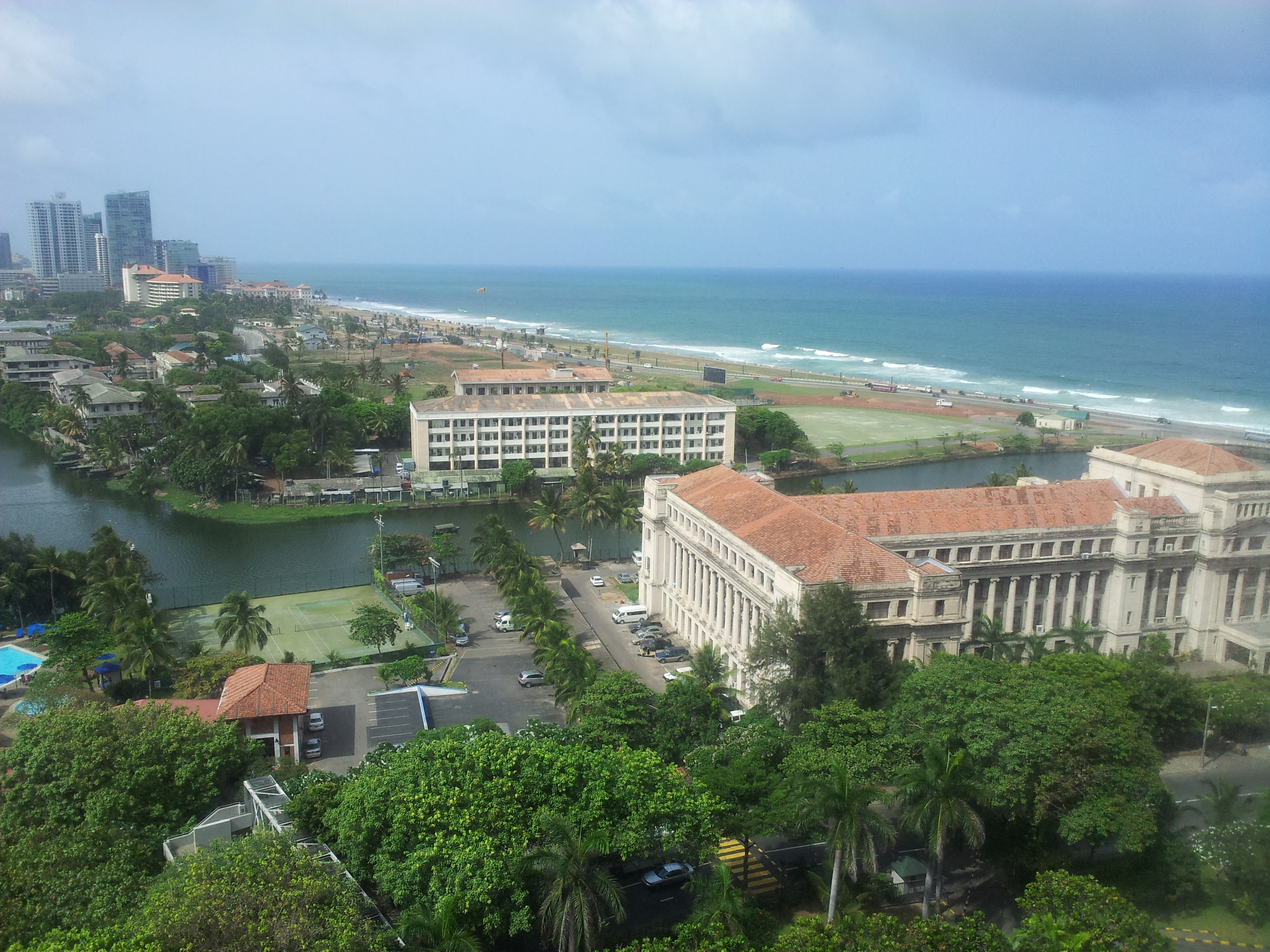 Once again, I had a big chunk of airmiles burning a hole in my virtual pocket, and it was time to explore the most efficient way to use British Airways’ generosity to my own advantage. I had a hankering to explore South Asia. Unfortunately, I was banned from India and had no desire to see Pakistan again. However, I could get to Sri Lanka for very little actual investment, leaving me some extra cash to spend on accommodations and excursions. So I booked myself a flight to the Sri Lankan capital of Colombo for June 2012, and a suite at the Hilton from which to explore the city and other parts of the country.

The Gangaramaya Temple is the main Buddhist temple in central Colombo, and sits next to the beautiful Beira Lake. Built in the 19th century, no expense was spared by the wealthy shipping merchant who established it. I’m ashamed to admit I forgot to take my shoes off before I went inside to explore. No-one pointed out my faux pas, and I felt really bad afterwards that I’d inadvertently disrespected the people and the place!

The National Museum of Colombo