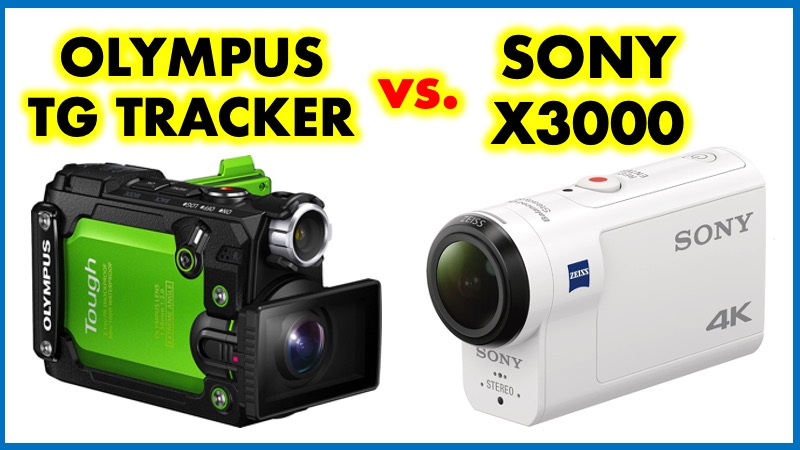 Before the Sony X3000 became the King of travel vlogging cameras there was a similar and, in some ways, superior action camera already on the scene. While everyone else was copying the GoPros, Olympus produced the unique and innovative TG Tracker – a tough little camera that was waterproof, shockproof, freezeproof, crushproof and able to withstand a 7 foot fall!

Back in the summer of 2016, I bought one for myself. And it is a truly amazing piece of technology, capable of competing with modern day action cameras, thanks to 4K video, stereo microphones, excellent electronic stabilization and tiny form factor. It even has Wifi, GPS, thermometer, barometric pressure sensor, altimeter and a compass.

The Sony X3000 seems an inferior device, on paper, due to a more fragile build quality and limited options. However, it does have amazing audio and industry leading optical stabilization borrowed from Sony camcorders – aka Balanced Optical Steadyshot (BOSS). The Sony is still in production, hugely popular and very expensive. The Olympus never really achieved the popularity and respect it deserved. How will these two cameras compare five years after they were first released.